Message from the NAYDO Chair

With the January rush, sometimes I forget what an amazing resource NAYDO is. NAYDO members are generous in sharing their expertise and experiences. Usually, that’s a scheduled phone call to check in and brainstorm. Past webinar recordings often provide just the idea I need. And, the conference recordings and handouts are relevant long after each conference ends.

Another valuable resource? Our eDevelopments newsletter, of course! I love the new format that includes a fact, story or interesting item from the different NAYDO tracks.

I can’t wait to listen the audio podcasts between Jerry Panas and Brian Saber. What a wonderful tribute to Jerry, who was a faithful NAYDO supporter and advocate. He presented at more than 20 NAYDO conferences. The podcasts will keep Jerry’s useful tips alive, along with his exceptional understanding of philanthropy, financial development and the fundraising profession. Special thanks to Brian of Asking Matters, also a NAYDO supporter and presenter, for sharing these conversations with all NAYDO members.

Let me know your favorite Jerry/Brian podcast segment. And, I invite you to share your successes and stories in a future eDevelopments newsletter. Thank you, Su Hwang, for Karl Walther’s wonderful story of celebrating 50 years as an Annual Campaign volunteer!

I can’t wait to see you in April at the Conference,
Shelly McTighe-Rippengale

Check out the webinar schedule through June 2020. It's a great lineup of topics and speakers. Thank you, Daxko, NAYDO Webinar Series sponsor.

Listen to this series of 15 audio podcasts which cover many aspects of fundraising. Produced and shared by Brian Saber of Asking Matters.

Limited space remains for the NAYDO Conference April 1-4 and a $50 late fee has been added. But, you can still register for the 2020 Conference until we reach seating capacity!

Like many husbands in the Adventure Guides program, wives unknowingly signed them up with their young children for some fun bonding time. In 1969, Lotte Walther did just that. Karl and his 3-year- old son Michael joined the Indian Guides program and had some incredible adventures. This was Karl’s first and most treasured lesson from the Y: how to be a great parent.

Then in 1970, Karl was asked by a good friend to “make a few phone calls.” So began his campaign legacy. This month, Karl celebrates his 50th campaign for the Torrance-South Bay YMCA in California. He credits the Annual Campaign, the TSB Y’s largest adult program, for much of his success at work and his love of serving the community.

During his years as a campaigner, he learned what motivated people. He couldn’t understand why the people he managed at work, who were getting paychecks, were not as motivated as the volunteer campaigners he served with. Then, he realized it was the fear of failure. Failure and fear of being fired caused his coworkers to become stagnant.

At the Y there was always positive encouragement and the opportunity to improve from mistakes. Giving others room to fail, Karl has mentored many rookies along the way. He remembers one in particular. As they were approaching the house, a new campaigner thought twice about knocking on the door. Clearly, the yard and exterior needed some work, and she didn’t want to “trouble” the residents. However, after sharing their Y stories, the new donor gave them a check for $1,000 and the rookie learned not to judge by appearances what a person’s priorities or ability to give may be.

Karl credits the Y staff for their knowledge about their members, making it easier to recruit campaigners and donors. He also appreciates the staff’s patience and support in his volunteer role. Every year, Karl still visits the Tendick family - the first door Karl ever knocked on as a campaigner.

He has not missed a campaign, even when his work moved him to Europe. He took a week’s vacation to work his cards and recruited his daughter Sandy to “pick up his slack.” Karl likes to brag that he’s learned so much from the Y, but we like to think we’ve learned so much more from Karl! 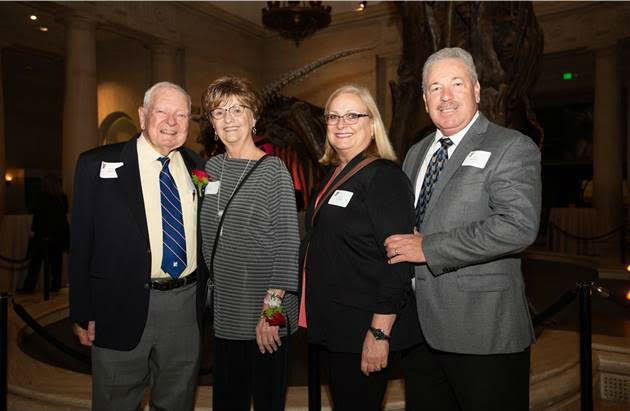 Accolades
YMCA MEXICO RECEIVES HONOR
Recently, YMCA Mexico was acknowledged by the Mexican Center for Philanthropy (CEMEFI) with the Recognition of Commitment to Others 2019.

Read more about YMCA Mexico and the award, and check out the video honoring the Y,   produced by the Mexican Center for Philanthropy. Congratulations, Ernesto Gaona, president and CEO of the Mexican Federation of YMCAs,  and all YMCA Mexico staff and volunteers!

Your donors freely give from their hearts, choosing the Y for their philanthropy and entrusting you with their giving. It can be a perfect match. Unfortunately, well-meaning nonprofit leaders can lose sight of donor-centric fundraising, instead getting bogged with operational issues or leadership preferences the donor doesn’t care about.

Read this blog about the 9 things your donors don’t care about.

This short film from the YMCA of Greater Toronto illustrates the night-and-day difference the organization can make in the communities it serves.

Over the course of two and a half minutes, director Edward Andrews, working with production house Skin & Bones, tells the same basic story in two very different ways. First, we watch an immigrant family go about their routine with the YMCA providing services and support—such as a camp for kids. Next, the same scenario unfolds in a Y-less world. Check it out.

Special Interest/Stewardship
Stewardship Tips You Can Use

With hectic holiday schedules in December, you might have missed the NAYDO webinar presented by Y alum Adam Clevenger, CFRE, of Loring, Sternberg and Associates: Practical Stewardship Advice for Everyday Fundraisers

As you are closing out your annual campaigns, this is a good time to review and implement Adam’s five keys for improving your thank you letters and developing a stewardship calendar to intentionally plan your stewardship moves. Slide deck The webinar recording is on the members-only site, also.

This national award will help support education programs for underserved students in the Triangle area. Congrats to YMCA of the Triangle Area CDO Bruce Ham, who is a NAYDO Council member, and this Y. 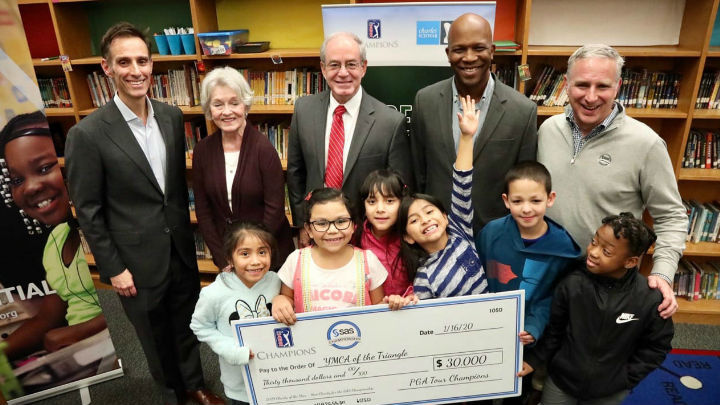 Board and Volunteer Development
NAYDO member featured in national webinar

NAYDO member Faiza Venzant, CVA, general manager of volunteer development at the YMCA of Greater Toronto, co-led a recent webinar for The Chronicle of Philanthropy.

Faiza will present at NAYDO 2020 on Stewardship & Emotional Intelligence – Making the Connection. She has 18+ years of volunteer-management experience and oversees more than 5,700 YMCA volunteers. She received the 2019 inaugural Better Impact Exemplary Leadership of Volunteers Award from the Volunteer Management Professionals of Canada.

The Chronicle of Philanthropy webinar recap - A strong volunteer program can help your organization reach more people, raise its profile, and attract new donors. The webinar discussed how to recruit volunteers, get them up to speed, define their roles, and recognize their contributions. Faiza explained how to foster an organizational culture that values volunteers, communicate the impact of their contributions to leaders, and include volunteers in your fundraising strategy. (On demand in The Chronicle of Philanthropy store; $99).

Are you a CFRE?
When you’re at the NAYDO 2020 Conference, pick up your ribbon at the CFRE booth and wear it proudly!

eDevelopments Disclaimer
Unless they are NAYDO members, sponsors or exhibitors, NAYDO does not endorse or support the websites, consultants or other resources cited in these articles and links. The information is provided as food for thought only!